The date of the creation of Southside House is not settled. Richard Milward, in his local history publication, A Georgian Village – Wimbledon 1724 to 1765, remarks that the house now known as Southside ‘claims to have been built in 1687 by Robert Pennington, a clerk in Chancery, around an old farm house, Holme Farm. Neither house, nor farm is mentioned in any known document before 1751’ but he notes that the Kemeys, descendants of the Penningtons ‘are said to have sheltered there in the 1720s a cousin, the Duke of Wharton, when he was in disgrace for belonging to the Hell-Fire Club and for supporting the Stuart Pretender, James III, and to have entertained Frederick, Prince of Wales in 1750 after a military review on the Common’.[1]  Those touring the house, which is open the public for guided tours, are told that Pennington’s motivation in building Southside House was to escape the City for the healthier climes of Wimbledon, then a village some miles to the south of the capital, having recently lost a son during an outbreak of plague.

John Lawson, who acquired Southside House through marriage into the Pennington family, undertook extensive development in the 1750s by the addition of a second, connected house, cheek by jowl with the existing structure, uniting the two with a contiguous brick façade. 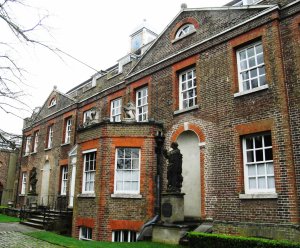 Much of the charm and individuality of the house, which has the appearance of a residence of the gentry rather than the aristocracy, can be attributed to the fact that the house has remained in the hands of the same family since Robert Pennington’s time.  Each and every room open to the public is packed to the somewhat dilapidated rafters with eclectic collections of family treasures, mementos and, quite frankly, bric-a-brac. Add to this an individual approach to restoration taken in the post-war era and one has a house full of history and delightful eccentricities. 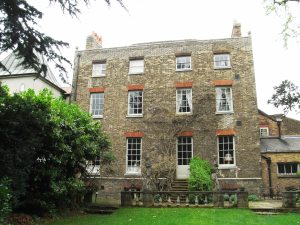 Milward notes that the house does not seem to have been occupied by ‘anyone of real note, except Robert Wright after whom Wright’s Alley [which runs alongside the house] has been named’.[2]  It was nevertheless the home to Axel Munthe, a Swedish doctor and psychiatrist, physician to the Swedish Royal Family, who also married into the Pennington family in 1907:  he was the author of The Story of San Michele (1929) – a best seller in the 1930s. Indeed, the book is reputed to have outsold the Bible for some years.  Southside House has many associations with the rich and famous (and in some cases infamous), including Anne Boleyn, Admiral Lord Nelson and Lady Hamilton, Marie Antoinette and Frederick, Prince of Wales. It is also said that when Alex Munthe discussed plans for his book with his publisher, John Murray in the gardens at Southside, he was repeating the experience of Lord Byron who had also discussed publication of his works with his publisher, an earlier John Murray, in the same gardens. 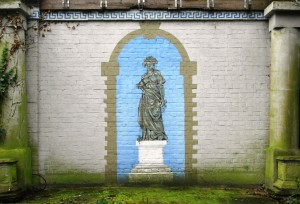 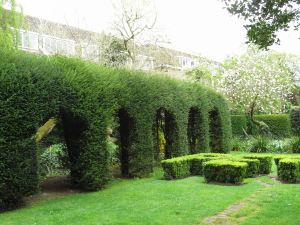 Southside House is still occupied by descendants of the Pennington family.